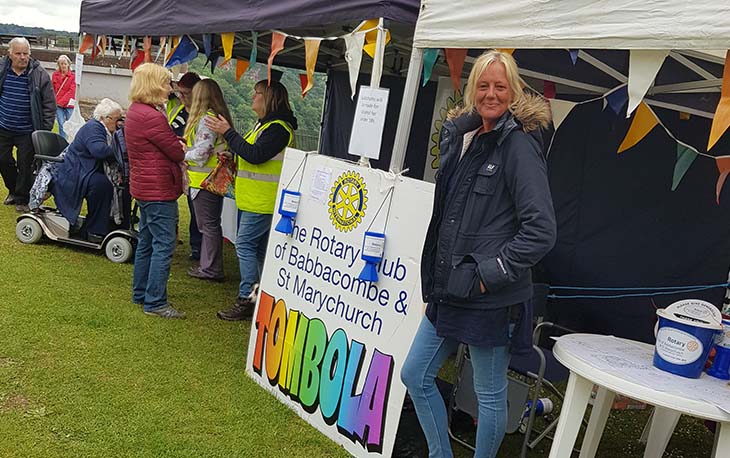 Awesome foursome Sarah Lockton, Amanda James and Sandra Murphy from Torbay and District Funeral Services alongside Mark Carr from nearby Maunders Funeral Service, have been raising money for charity.

The fundraising fanatics were in charge of the children’s stall at Babbacombe Rotary Fayre on 12 June , complete with lucky dips, sweets and colouring-in. The event takes place every year come rain or shine on Babbacombe Downs.

All four are members of the Babbacombe & St Marychurch Rotary Club and the fayre is a long-standing tradition bringing together people of all ages.

Sarah said: “The Babbacombe Fayre has been going for decades in Torquay and we are members of the St Marychurch & Babbacombe Rotary Club who have been arranging the fayre for the last few decades

Lots of people come to the fayre as there are traditional stalls with bric-a-brac, tombola, etc. alongside the vintage car show and a stage with live bands and local school choirs attend. We have a tug -of -war competition against local companies with our team coming in third this year. There are lots of cakes and ice cream to end the day.”