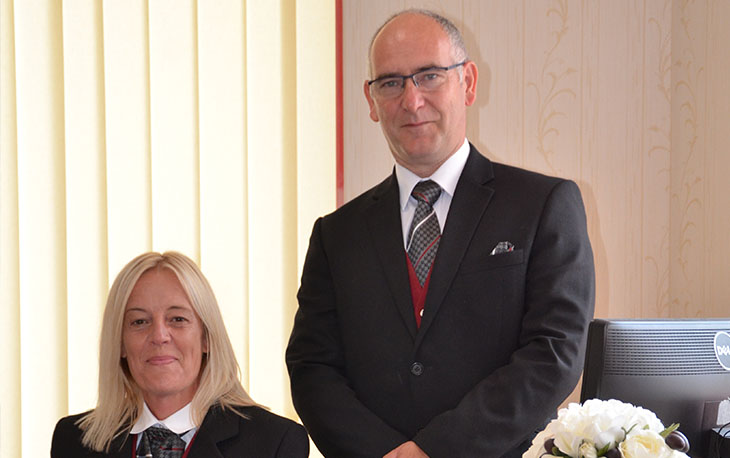 War Horse Memorial has included Sarah Lockton, Funeral Director at Torbay & District Funeral Service, in its growing army of volunteer ambassadors to honour the service of animals in war and support animals in need.

Sarah has supported the organisation by selling purple poppy pin badges in nine funeral homes across Devon’s English Riviera, which are worn to remember animals who have fallen victim to war.

Alan Carr MBE, co-Founder of War Horse Memorial, says: “As a funeral director, Sarah has a natural empathy with people who need her support at the most difficult of times, and her caring nature is extended to the welfare of animals.

“She understands the significant financial implications animal welfare charities are facing due to falling donations and the cancellation of public fundraising events. We are lucky to have her on board.”

While fully observing current Covid-19 restrictions, Sarah, and Mark Carr, also Funeral Director at Torbay & District, help each other create window displays and arrange events in support of charities like War Horse Memorial in Devon and beyond.

Sarah says: “I came across the purple poppy pins a couple of years ago and quickly realised not many people are aware support is needed for thousands of animals still used in combat. Thousands of horses were loaded into trains at Paignton Station just a mile from our branch during World War I.

“I am a huge animal lover and helping this wonderful charity raise awareness as an ambassador is nothing short of an amazing opportunity.”