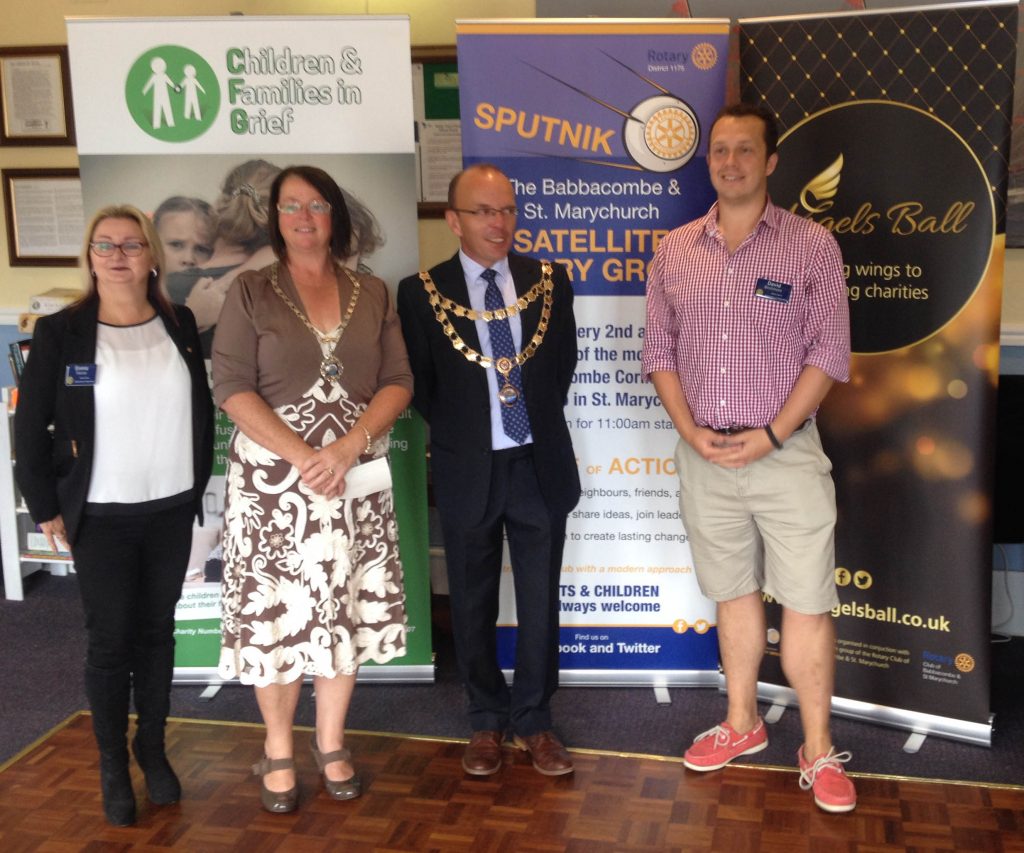 Three staff from the Torbay and District Funeral Service were on hand to help organise the inaugural fundraising Angels Ball, hosted by the Spudnick satellite group from Babbacombe & St Marychurch Rotary Club.

The 150 attendees enjoyed a sit down dinner, a dance and a silent auction at The Palace Hotel in Babbacombe, to raise money for two children’s charities, The Last Kiss Foundation and Children and Families in Grief, which both provide support and services for people following bereavement.

Sarah said: “As well as helping to organise the event we also sponsored a table for ten people and invited local members of the community to join us.

“The ball took about six months to organise and I am over the moon it all came together. We are so glad to have been a part of it.”

Local Rotary Club presidents, Solicitors, Doctors, Vicars and other various professionals who attended the evening on Saturday 22 April 2017 managed to raise an incredible £2200, which will be shared equally between both charities.

As a result of the event’s huge success, planning is already in full swing for next year’s ball, which will be held in an even bigger venue on Saturday 28 April 2018.