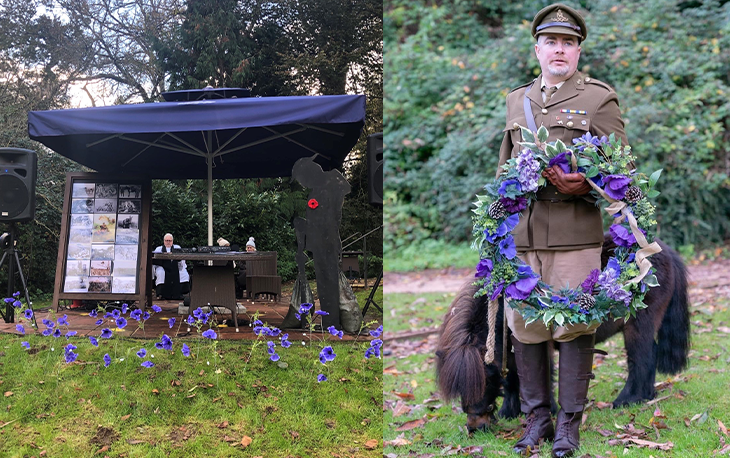 On the 6th November the War Horse Memorial & Purple Poppy held an Animal Remembrance Day at The Drum Inn, Cockington which was attended by members of the Torbay & District team.

Collin Thackeray, the 2019 winner of Britain’s Got Talent moved the crowds with an emotional performance.

Also in attendance was the Mayor of Torbay and Patrick the celebrity pony, official mascot of the War Horse Memorial proudly sponsored by Torbay & District.  Over £3400.00 was raised on the day.